Some experts  predicted that cryptocurrency such as Bitcoin would replace paper money in the next ten years. Others believe this prediction is unrealistic due to the slow adoption of Bitcoin among mainstream consumers. But, both sides agree that digital currency will influence the flat currency systems of the world in the future.

Will Bitcoin become the cash of the future? To find out,  first,  we need to understand how Bitcoin works.

What makes Bitcoin so valuable is that there is a limited amount in existence. There will only ever be 21 million Bitcoins in the world,  and unlike normal fiat currencies, you can't just print more of them  if there is a shortage.

Bitcoin runs on  a proof-of-work protocol, commonly known as blockchain.  To create Bitcoin, you have to ‘mine’ it using computer processing power, solving complex algorithms on the Bitcoin network. Once solved, you are rewarded  with Bitcoin as payment for the ‘mining’ you have done.   Unfortunately, the reward you get for mining has decreased dramatically every quarter since Bitcoin's inception,  due to various reasons such as transaction volumes and mining competition.  This means that for most people the only viable way to obtain Bitcoin is to buy it on an exchange. At the current price levels, is that a risk worth taking?

Many naysayers believe that Bitcoin is simply  a bubble waiting to implode.  Some cryptocurrency experts like Duke Randal thinks the asset is overvalued, "I would compare this to many supply and demand bubbles in histories such as Dutch Tulip Mania and the dot-com bubble of the late 90s. Prices are purely speculation based, and when you look at Bitcoin's functionality as an actual currency, it is almost embarrassing".

Bitcoin was originally created to take power away from our financial systems and put people in control of their own money, enabling fast peer-to-peer transactions, cutting out the middleman and their exorbitant fees.  However, it is currently one of the slowest cryptocurrencies on the market; its transaction speed is four times slower than the fifth biggest cryptocurrency and its nearest competitor for payment solutions Litecoin.

Other similar cryptocurrencies such as  Monero makes transactions even quicker, boasting an average block time of just two minutes, a fifth of the time Bitcoin can do it in, and that's without anonymity. The world's second-biggest cryptocurrency, Ethereum, already has a higher transaction volume than Bitcoin despite being valued at only $676 per Ether compared to Bitcoin's $16,726 per Bitcoin.

So Why Is Bitcoin's Value so High?

“It all goes back to the same supply and demand economics", says Randall.  “Due to Bitcoin’s limited availability,  and its recent surge in price, it has attracted a lot of media attention, this combined with the  launch of Bitcoin futures which many see as the first sign Bitcoin is being accepted by the mass market, has resulted in a lot of people jumping on the bandwagon for financial gain. Like any asset, when there is a higher demand to buy than to sell, the price goes up. This is bad because these new investors are entering the market without understanding blockchain and the underlying principles of these currencies meaning they are likely to get burnt".

One thing to consider about Bitcoin is its extreme volatility. Just in past year alone, it has been known to swing up or down thousands of dollars within hours,  which if you are not used to nor expecting it, causes less experienced investors to panic sell, resulting in a loss.

This is yet another reason Bitcoin will struggle to be adopted as a form of payment. The Bitcoin price can move substantially between the time vendors accept Bitcoin from customers and sell it on to exchanges for their local currency. This erratic movement can wipe out their entire profitability. Will this instability go away  anytime soon?  It is unlikely  because  Bitcoin is a relatively new asset class. While the  awareness is increasing, only a very small percentage of the world's population currently holds Bitcoin. Until it becomes a more widely distributed asset,  and its liquidity improves significantly, the volatility is not going to change.

So, if Bitcoin Is Useless as A Currency, What Are Its Practical Applications?

Many believe Bitcoin has moved on from being a viable form of payment to become a vehicle for storing value. Bitcoin is akin to ‘digital gold’  and will simply be used as a benchmark for other cryptocurrencies and blockchain projects to be measured against and traded for.   In recent months, there have been stories of people in  developing  countries such as Zimbabwe buying Bitcoin in order to hold on to what wealth they have, rather than see  their wealth  decline under the recklessness of its  own central banking system.

Regardless,  predictions that digital currency will completely replace printed money within the decade looks to be a bit too ambitious. Despite digital currency slowly growing in popularity, there  still remains certain psychological security in a currency held in one's hand.   Moreover, fears of hacking, viruses, and other attacks on the entire financial foundation of a nation via purely digital means will likely make most nations slow to adopt such a form of currency.

Who knows what the price of these cryptocurrencies  will be ten or even twenty years from now? One thing is certain though, we better strap ourselves in as the future is going to be changing dramatically with Bitcoin. 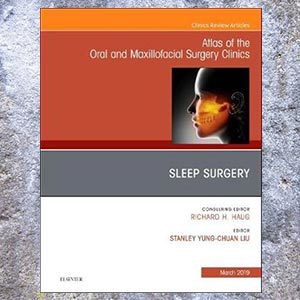 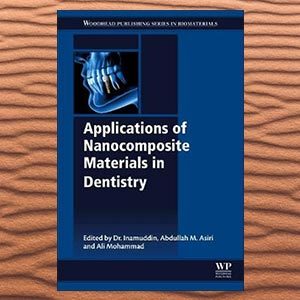