Cortical/ Cerebral Visual Impairment (CVI) is a brain-based visual impairment. That means the eye itself is healthy, but due to brain damage the brain doesn’t interpret incoming visual information in a consistent way. It is the leading cause of visual impairment in children in the United States, and other developed countries. CVI often presents with other neurological disorders. Researchers suspect there are a large number of children with multiple disabilities who have CVI but have not yet been diagnosed.

Due to multiple factors, complexity being a major one (of environment and/or materials for example) children with CVI are inconsistently able to access visual information. This impacts long term development of a “visual library”, and visual understanding of the world, and learning overall. There are specific behaviors associated with CVI, and these are assessed using a range of tools, including the Roman-Lantzy CVI Range, the TEACHCVI Inventories, and Matt Tietjen’s “What’s the Complexity” assessment.

Children with CVI have the potential to improve their visual understanding of the world, given appropriate assessment and intervention. The techniques for instructing and providing intervention services for a child with CVI differ greatly from those for children with other types of blindness and visual impairments.

Features of visual impairment due to brain damage will be discussed, along with assessment of children with this condition. Appropriate interventions for these children that take into account individual differences, the learning environment, and the need for multidisciplinary teamwork will also be addressed.

On completion of the workshop, participants will learn:

Suzie holds both a Master’s degree and a Certificate of Advanced Educational Studies from Boston College, as a Teacher of Students with Visual Impairments, a Certified Orientation and Mobility Specialist, and a Transitional Specialist. She has received the Perkins-Roman CVI Range Endorsement. Suzie has worked as a TVI and COMS for 34 years with children with visual impairment and multiple disabilities from birth to 22 and their families. She has worked in rural and urban environments, as well as both itinerant and campus based services. Additionally, Suzie has provided teacher training and program development in the United States and in a number of other countries. Suzie previously served as a board member of the Association for Education and Rehabilitation of the Blind and Visually Impaired. 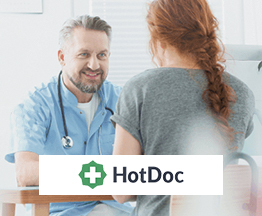 HotDoc is Australia’s largest and most trusted patient engagement platform with over 18,000 listed doctors and 6 million active patients. 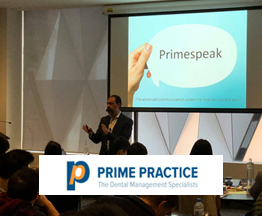 Prime Practice has been a leader in dental practice management since 1995. Our business was created by dentists who wanted to make a difference to other dentists, with a full understanding of the challenges and opportunities that practice owners face.